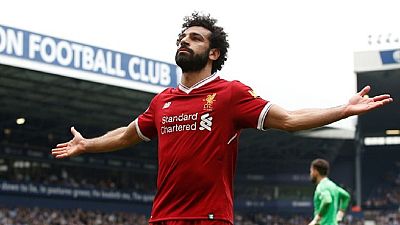 Liverpool and Egyptian forward Mohamed Salah was named Player of the Year by England’s Professional Footballers’ Association (PFA) on Sunday, becoming the first Egyptian to receive the award.

Salah was rewarded for his performances which have yielded 41 goals in all competitions since joining from AS Roma last year, helping Liverpool reach the Champions League semi-finals and secure a likely top-four finish in the Premier League.

The 25-year-old came out on top of a six-man shortlist, voted for by PFA members from the 92 Premier League and Football League teams, that also included league title winners in Manchester City’s Kevin De Bruyne, Leroy Sane and David Silva.

Salah, who will be playing against his former team AS Roma on Tuesday, said he hopes to follow up the recognition received from his peers with silverware for the team.

“My personal ambition is to win something with the team. I always think about the team, I don’t think about myself,” Salah said.