Congo Republic says it has met criteria for an IMF deal 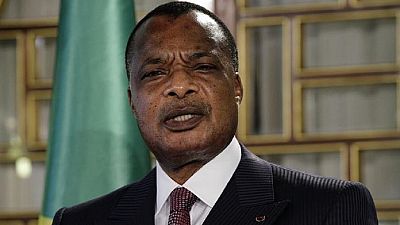 Congo Republic said on Friday it fulfilled the criteria for a deal with the International Monetary Fund (IMF) and had reached an agreement on a three-year programme aimed at turning around its debt-crippled economy.

The announcement appeared to contradict an earlier statement by the IMF, which said a programme would only be proposed to the Fund’s board once Congo was in compliance with IMF policies. IMF officials were not immediately available to react to the Congolese statement.

Like other Central African oil producing countries, Congo has been hit by low crude prices. While several neighbours, including Chad and Gabon, have secured bailouts from the IMF, talks with Congo have dragged on since last year.

Republic of Congo welcomes the agreement concluded with the International Monetary Fund to support its reform programme.

The delay is largely due to the IMF’s call for the government to restructure its debt, which stood at $9.14 billion, or around 110 percent of GDP, by the end of July, a level the Fund says is unsustainable.

“Republic of Congo welcomes the agreement concluded with the International Monetary Fund to support its reform programme,” the government said in a statement. “This agreement is supported by other multilateral creditors, including the World Bank and African Development Bank.”

It said the programme, which still required IMF board approval, aimed to restore sustainable and inclusive economic growth and support a “stable microeconomic environment compatible with the viability of the public debt”.

The statement did not give the expected size of the IMF package, but it said that conclusion of the programme would unlock an additional 135 million euros ($166 million) from France.

“Republic of Congo congratulates itself for having met all of the criteria to be eligible for financing of its economic and financial programme by the IMF and its international partners,” it said.

At the end of its most recent visit to Congo, the IMF said on Thursday that the two parties it had come to “broad understandings on policies that could be supported by the IMF under a financial arrangement”.

However, the mission did not say it had reached a staff-level agreement, the provisional deal between the IMF and the government that could then be submitted the Fund’s executive board.

Instead, it said it expected Congo to continue implementing its strategy to restore debt sustainability and would propose a programme to the board “once compliance with all relevant IMF policies has been established.”

Congolese authorities are in talks with creditors, including trading houses Trafigura and Glencore from whom it borrowed $2 billion.

The bulk of its external debt, however, is owed to Chinese entities.