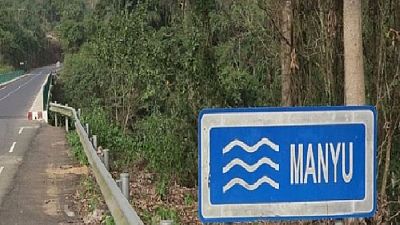 A former Cameroonian top judge abducted last Saturday in the restive SouthWest region has been released according to local media reports.

Justice Mbeng Martin was released on Wednesday after four days in captivity. A local journalists said he was sent for a medical check up in the town of Mamfe after his release.

Justice Mbeng, a known critic of the Anglophone separatists groups, was abducted by armed men on Saturday morning in the town of Ewelle in the Manyu Division. He had apparently gone to attend the funeral ceremony of his mother.

The Former Vice President of the South West Court of Appeal, Justice Mbeng Martin who was picked up in Ewelle, Manyu Division early Sunday has been released. He is currently undergoing medical checkup at the Mamfe hospital pic.twitter.com/WCSk7×6aKY

Kidnapping is a model some of the separatists elements in the country have resorted to, the judge was the fourth top government official to be held.

Two others remain in captivity, a soldier and another top government official. Whiles the head of exams in the Anglophone region was also abducted and later released.

The known separatist group under the banner of the so-called Ambazonia republic have said they are not behind the kidnappings.