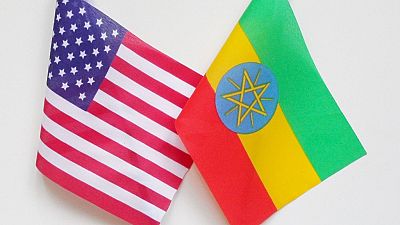 The United States Congress will finally vote on a human rights resolution against the Ethiopian government today as announced by a Congressman deeply involved in the process.

Rep. Mike Coffman who represents Colorado’s Sixth Congressional District tweeted last week that the House Resolution 128 will be on the floor of the House of Representatives on April 10.

He had in March tweeted about how passing the resolution will mean: “The fight for respect of human rights & inclusive governance in Ethiopia continues.”

I'm happy to announce that after months of hard work (by all involved) #HRes128 is scheduled for a vote the week of April 9. The fight for respect of human rights & inclusive governance in #Ethiopia continues… pic.twitter.com/hF1lvOBCZs

The resolution passed the House Foreign Affairs Committee unanimously in late July 2017 and was scheduled for a vote by the full House on October 2. That vote was, however, postponed ostensibly after a protest and threat by Addis Ababa to withdraw counter-terrorism cooperation.

Human Rights Watch (HRW) and a network of advocacy groups based in the U.S. have tasked the Congress to vote for the resolution to send a signal to the government that respect for and opening the political space was non-negotiable. Some of the reasons they advanced included:

1) H. Res. 128 is a signal of support for the youth in the country who have organized to peacefully demand justice and democracy and have paid a terrible price in terms of loss of life, injury and arbitrary detention. Accountability for the human rights violations that have occurred over the last 3 years will be an essential step towards genuine reconciliation and is a key demand from the protesters.

2) H. Res. 128 contains clauses that could strengthen the hand of the Prime Minister vis-a-vis less responsive segments within the EPRDF party coalition structure, requiring negotiation with the forces that control the country’s security apparatus, intelligence and the economic sectors.

3) H. Res. 128 contains clauses that call on the State Department and USAID to develop a comprehensive strategy to support improved democracy and governance in Ethiopia.

4) H. Res. 128 contains clauses that call on the Secretary of State and Secretary of Treasury to apply appropriate sanctions on individuals and organizations responsible for gross human rights.

In October 2017, a pro-democracy group, Freedom House, accused Ethiopia of literally blackmailing the U.S. Congress with a threat to withhold counter-terrorism cooperation if the vote went ahead.

Freedom House quoted Congressman Mike Coffman as confirming that Ethiopia’s ambassador in Washington has said the country will “stop counter-terrorism cooperation with the United States if Congress went ahead with a planned vote on a resolution calling for human rights protections and inclusive governance in the country (H. Res. 128).”

But the turn of events, with the vote scheduled to go ahead means that the Congress had ‘thrown out’ the threat from Addis Ababa.