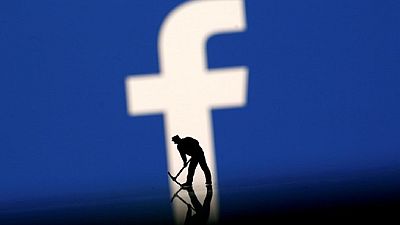 A United States resident has sued Facebook and a British-based political consultancy for obtaining data from millions of the social media site’s users without their permission, while an academic at the center of the storm accused both firms of scapegoating him.

The complaint filed at the U.S. District Court in San Jose, California, marked the first of what may be many lawsuits seeking damages over Facebook’s ability to protect user data, and exploitation of the information by the Cambridge Analytica consultancy to help President Donald Trump’s election campaign.

Facebook has been rocked this week by a whistleblower who said Cambridge Analytica, which Trump hired for the 2016 campaign, improperly accessed information on Facebook users to build detailed profiles on American voters.

This revelation has knocked nearly $50 billion off Facebook’s stock market value in two days and hit the shares of Twitter and Snap over fears that a failure by big tech firms to protect personal data could deter advertisers and users and invite tougher regulation.

Mark Zuckerberg, Facebook’s founder, in his first comments since the company disclosed on Friday the misuse of personal data, said in a post on Facebook that the company “made mistakes, there’s more to do, and we need to step up and do it.”

The proposed class-action complaint was filed late on Tuesday by Lauren Price, a Maryland resident.

“Every Facebook user has an interest in this lawsuit, and the enforcement of their privacy rights,” John Yanchunis, a lawyer for Price, told Reuters on Wednesday.

A former Facebook manager who was responsible for policing the network’s data handling procedures in 2011-2012 said he had warned senior executives about the issue.

The manager, Sandy Parakilas, said he had told them that Facebook’s failure to police how outside software developers used its data put the company at risk of major data breaches.

“There was very little detection or enforcement,” he told a British parliamentary committee via videolink.

Alexander Nix, the head of Cambridge Analytica, said in a secretly recorded video broadcast on Tuesday that his company had played a decisive role in Trump’s election victory.

He was suspended by the company shortly before the video was shown on Britain’s Channel 4 News.

Around 270,000 people downloaded the app, Facebook said. The app scored the results of each quiz and gathered up data from test-takers’ Facebook accounts.

However, it also pulled down the data of their Facebook friends, vastly increasing the size of the sample.

The academic who provided the data, psychologist Aleksandr Kogan put the number of app users as closer to 200,000.

The researcher said, in total, he passed the data of around 30 million American Facebook users to SCL, a government and military contractor that is the parent of Cambridge Analytica.

Media reports have put the total number of Facebook profiles collected at around 50 million users.

U.S. and European lawmakers have demanded an explanation of how Cambridge Analytica gained access to user data in 2014 and why Facebook failed to inform its users.