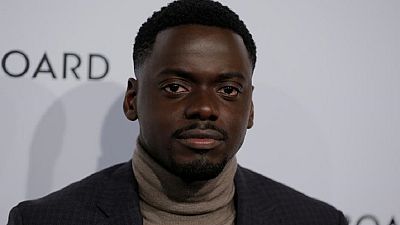 British actor Daniel Kaluuya who is of Ugandan origin has been nominated for an Oscar Award as Best Actor for his role in the hit horror film Get Out, the Actor whose parents are Ugandan, was born in the UK in 1989 and started his acting there.

He will have to beat off strong competition from Denzel Washington, Daniel Day-Lewis, Gary Oldman and Timothee Chalamet if he is to win the Award for Best Actor.

He becomes the first actor of Ugandan origin to get nominated for an Oscar.

I feel what the film’s done is articulate an experience. It’s a touchstone where people can go, ‘Yeah, this,’ and feel like they aren’t crazy.

“I feel what the film’s done is articulate an experience. It’s a touchstone where people can go, ‘Yeah, this,’ and feel like they aren’t crazy,” says Kaluuya.

Kaluuya who is now 28 years old, has already received a BAFTA nomination and a Golden Globe nomination for his breakthrough role in the horror film, a dark satire on race relations in the United States.

Kaluuya has always been interested in uncovering the truth. He wrote his first play at nine.

His big breakthrough was joining gritty British teen drama Skins as a staff writer at 18, drawing on his own experience growing up in London.

Kaluuya has previously appeared in the sci-fi anthology series Black Mirror and Britain’s Channel 4’s Skins, but Get Out is his first leading role in a major feature film.

Ugandans now have one more reason to wait for the Academy Awards Gala on March 4.

Uganda’s Daniel Kaluuya has been nominated for the Oscars!

The British have long laid claim on Kaluuya. I doubt Uganda stands a chance claiming this one….hehe.

Wait, we have another star (Florence Kasumba) who had roles in Cpt America & Wonder woman. She will also be starring in Marvel’s Black Panther alongside Kaluuya. #Uganda is proving to the world that she can carve a niche when it comes to producing international movie stars. pic.twitter.com/0V3WwwQ47l

I don’t care if Daniel Kaluuya has never been to Uganda, or that he is known as a British actor. Am going to Stan and keep up with him, tell my village mates about him, go to theater and watch any movie he’s in. Read all his interviews. Same goes for Florence Kasumba?

Son of Ugandan immigrants to the UK Daniel Kaluuya nominated for best actor, for his role in the hit horror film Get Out. This is the first time an actor with roots in Uganda has been nominated for Oscars. Daniel faces stiff competition from Denzel Washington and Daniel Day-Lewis pic.twitter.com/eqXxAuqaWS

Kenyans are also celebrating an Oscar nomination in the film “Watu Wote” which depicts the infamous 2015 Mandera bus attack. The film is nominated for the ‘Best Live Action Short Film’ award.