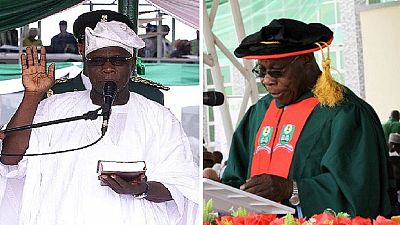 Obasanjo, who has twice governed Nigeria as a military ruler and democratic president, was among 14,769 graduands on the day. He received a doctorate in Christian Theology having defended his thesis months back.

The University during its 7th Convocation in the capital Abuja also conferred in him Doctor of Philosophy in Christian Theology, thereby making the octogenarian its first PhD product, the News Agency of Nigeria reported.

I feel a different sense of joy today from when I receive honorary degrees; at last count, I have received about 20 honorary degrees from top grade universities all over the world.

A Ph.D is a doctorate usually based on at least 3 years graduate study and a dissertation; the highest degree awarded in graduate study.

The Vice-Chancellor of NOUN, Prof. Abdalla Adama said the former leader will be considered as a facilitator or supervisor given that PhD was the least qualification for a person to teach at the university. 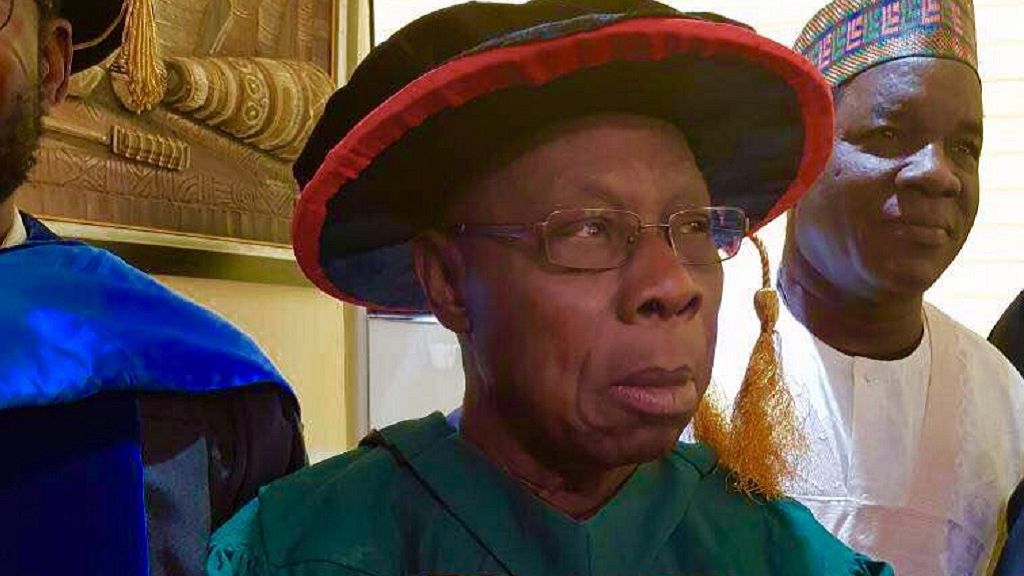 Adamu said at the ceremony that the greatest pride of this year’s graduation was of Obasanjo becoming NOUN’s first PhD student.

“His successful completion of a rigorous course of study and going through the numerous examination processes leading to PhD in Christian Theology and its confirmation by the University Senate in January is his most powerful statement about lifelong education.

“Obasanjo embodies all these and therefore becomes the poster boy of education renaissance. Nigeria congratulates the oldest PhD graduating student in its history,’’ he said.

Below are some of his remarks

“I feel a different sense of joy today from when I receive honorary degrees; at last count, I have received about 20 honorary degrees from top grade universities all over the world.

“The earned doctorate degree I receive today comes with a different sense of fulfillment and accomplishment. My studentship of NOUN confirmed that via the ODL platform, confirmed that is no age limit, no statue barrier, no social lineage.

“I could not have had better supervisors; they were firm, strict but meticulous and tortuous,’’ he said.