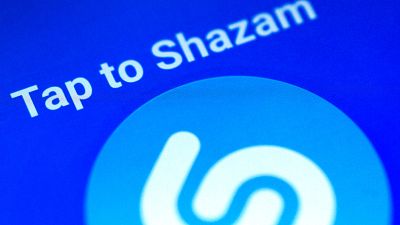 Apple has confirmed acquiring Shazam, a London-based app that allows smartphone users to identify music, for a reported $400m.

Apple which revolutionised music with the introduction of the the iPod and iPhone, said Shazam was a natural fit for its Apple Music streaming service.

“We are thrilled that Shazam and its talented team will be joining Apple,” an Apple spokesperson told The Verge.

When the deal is closed, it will become Apple’s biggest acquisition since it bought rapper Dr Dre’s headphones company Beats Electronics for $3bn in 2014.

“Apple Music and Shazam are a natural fit, sharing a passion for music discovery and delivering great music experiences to our users. We have exciting plans in store, and we look forward to combining with Shazam upon approval of today’s agreement.”

Neither side would officially say how much Apple had paid, but a figure of about $400m has been reported, less than half the $1bn the app was last valued at when it tapped investors for cash in 2015, The Guardian reports.

An article published on the Verge says that Shazam can help Apple in a number of ways despite its low revenues. The most obvious would be with Apple Music, where Shazam’s team could help improve the experience of the service, it says. If Apple decides to shut down the app, it would also take away referrals to Spotify, which together with Apple Music gets 1 million clicks per day from Shazam. Also, Shazam’s music and sound recognition, which is already integrated with Siri, could gain a deeper integration with iOS, much like Google has done with its song recognition feature on the Pixel.

When the deal is closed, it will become Apple’s biggest acquisition since it bought rapper Dr Dre’s headphones company Beats Electronics for $3bn in 2014.

Shazam has been downloaded over 1bn times and although Shazam is popular with smartphone users it has struggled to make much money, with revenues of $54m in 2016.

The technology behind Shazam is called audio fingerprinting, and it provides the ability to link short, unlabeled pieces of audio content to corresponding meta data about that content. Audio fingerprinting enable users to identify the song title by providing a small piece of audio sample of the song instead of entering some keywords to look for.