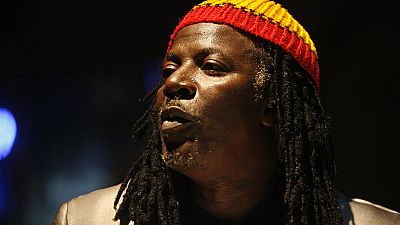 Legendary Ivorian reggae musician, Alpha Blondy, known in private life as Seydou Kone has again waded into the debate for sub-Saharan African leaders to help protect their citizens wherever they find themselves.

His recent call is on the African Union and the west Africa regional bloc, ECOWAS, to take decisive action on migrant abuse in the north African country of Libya, failure for which civil society must stand up to fill that role.

Blondy was reacting to a recent investigative piece by American channel, CNN, on the strife and hustle that migrants in the country suffer at the hands of their captors and traffickers.

We are surprised and amazed at your silence over the dismal, humiliating and unacceptable situation that your nationals, brothers, sisters, our sons and daughters are sold as slaves in Libya (a member of the African Union).

In a Facebook post titled “To Presidents of the African Union and ECOWAS,” he wrote a message in French – a translation of which is as follows.

“Let me apologize for telling you that we are Africans who count on you to defend us and to protect us, we are surprised and amazed at your silence over the dismal, humiliating and unacceptable situation that your nationals, brothers, sisters, our sons and daughters are sold as slaves in Libya (a member of the African Union).

“This cry of the heart is not a call to violence, but I ask all Africans and all those who have been shocked by this act that constitutes a crime against humanity to assemble at all Libyan embassies in their respective countries, until the total liberation of all captives in Libyan territory.”

Blondy is on record to have called on the A.U. to address issues of rising conflict across the continent. He is also a U.N. Ambassador for Peace for his native Ivory Coast.

The last time he spoke to Africanews in an interview last year, he bemoaned how the political bloc had looked on as foreign forces entered Libya and joined rebel groups to kill then leader Muammar Gaddafi.

“I am very disappointed by the fact that the African Union allowed Colonel Gaddafi to be killed,” he said.