Liberia’s President Ellen Johnson Sirleaf on Tuesday said democracy in the West African country was being threatened, a day after the Supreme Court put a presidential runoff on hold over fraud allegations.

A successful vote would be Liberia’s first democratic transfer of power in more than seven decades. But on Monday, the Supreme Court ordered the elections commission to fully examine allegations levelled by Charles Brumskine, who finished third in last month’s first round poll.

The ruling could push back the run-off date by weeks or even result in the first round being re-run.

The National Elections Commission (NEC) has said the first round of voting was largely fair, and international observers said they saw no major problems with the poll.

A growing chorus of parties have voiced support for Brumskine’s case, including Boakai’s ruling Unity Party, which last week accused Johnson Sirleaf, one of its own members, of trying to influence the vote. She rejected the accusation.

“Allegations, hate speech, inciteful language has been defining what should be a proud moment in our history,” she said on Tuesday. “We politicians must do better … Historians will look back at this time and judge us by how we conduct ourselves at this critical moment in time.”

Boakai, Brumskine and two other first-round candidates – Alexander Cummings and Benoni Urey – held a meeting in the capital Monrovia on Tuesday.

While they called upon their supporters to remain calm and pledged to respect the law, they also vowed to fight to ensure the credibility of the vote.

“We thought this would be peaceful, transparent, and meet the standard that it would bring dignity to our country,” Boakai said afterward. “Unfortunately the process was peaceful but not transparent, not credible and didn’t represent the will of the Liberian people.” 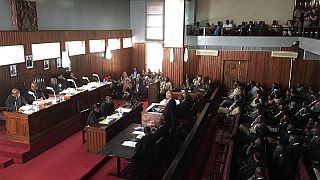 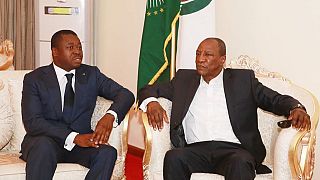 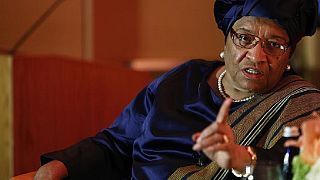