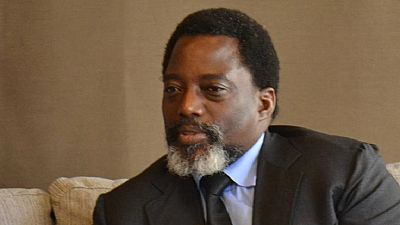 President of the Democratic Republic of Congo, Joseph Kabila, has travelled to the restive Kasai region to attend a forum for peace.

Kabila is expected to preside over the opening session of a two-day forum in Kasai’s main city of Kananga. He arrived to heavy security in the area.

It is not known whether he will be flying afterwards to the United States for the United Nations General Assembly that kicks off on Tuesday September 19.

The main opposition have criticized the forum describing it as a mini rally for the ruling party. In attendance was Prime Minister Bruno Tshibala. “Peace is essential. Without peace we can not talk about development,” Tshibala was quoted by the AFP news agency.

The eastern Kasai region has been home to armed clashes over the last year. Militia and state forces have engaged in running battles that have lead to deaths and displaced thousands.

There have also been reports to mass graves found in parts of the region. Two United Natiosn investigators were also killed in the region prompting the international calls for investigations.

The U.S. has called for the U.N. Secretary-General to initiate a special investigation into the murder of UN officers Michael Sharp of the U.S. and Zaida Catalan of Sweden.

As a member of the Human Rights Commission, the U.S. said it will support a resolution to establish a Commission of Inquiry into the ongoing human rights violations in the Kasai regions of the DRC. Kinshasa has so far fended off the overtures.