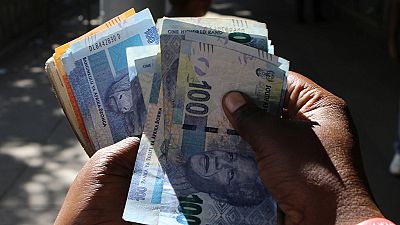 South Africa is in danger of missing its 1.3-percent growth target in 2017 due to poor performance of major sectors of the economy that will likely restrain tax revenues, Finance Minister Malusi Gigaba said on Monday.

Africa’s most industrialised economy aims to collect just under 1.3 trillion rand ($98 billion) in taxes during the 2017/18 fiscal year that ends in March, versus the 1.14 trillion rand a year earlier.

“Our current level of growth is simply insufficient and not enough … We cannot be complacent about the 2.5 percent second quarter growth that got us out of technical recession,” Gigaba told a tax conference.

Our current level of growth is simply insufficient and not enough ... We cannot be complacent about the 2.5 percent second quarter growth that got us out of technical recession.

With growth and revenues expected to underperform and analysts predicting a budget shortfall of as much as 50 billion rand, the deficit is unlikely to come down, raising the risk of credit downgrades deeper into junk territory.

Tax Commissioner Tom Moyane, speaking at the same event, also warned that the revenue service collection target would be difficult to achieve in current conditions.

“The 2.5-percent growth does not provide us with a glimmer of hope … the 1.265-trillion target for this year will be a stretch. It will be difficult in these sluggish economic conditions,” Moyane said.

In February former Finance Minister Pravin Gordhan announced increases in taxes for top income brackets in a bid to reduce the budget deficit to 2.6 percent of national output by 2019/20 from the current 3.4 percent.

All three major ratings firms cut the country’s credit after President Jacob Zuma fired Gordhan as finance boss in March, and have warned that a combination of policy and political uncertainty and low growth could trigger further cuts.