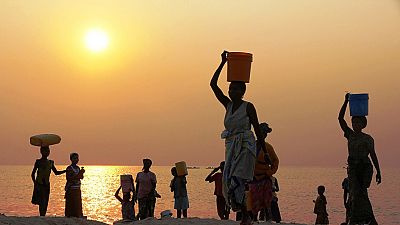 The World Health Organization (WHO) on Saturday sounded alarm over the spread of a cholera in July, which has killed 528 people and now affects 20 of the 26 provinces in the Democratic Republic of the Congo.

“The epidemic of cholera in the Democratic Republic of Congo reaches worrying proportions with now 20 provinces out of 26 affected by the disease,” writes WHO in a statement.

“More than 1,500 suspected cases” have been recorded per week since the end of July 2017, and by 2 September “the authorities of the DRC had already registered a cumulative total of 24,217 suspect cases with 528 deaths”, says the office of WHO in the DRC.

The epidemic of cholera in the Democratic Republic of Congo reaches worrying proportions with now 20 provinces out of 26 affected by the disease.

The disease already affects several towns in the east, west and north. “The risk of spreading is still very high towards the Greater Kasai region (central DRC) where degraded health and safety conditions further increase vulnerability to this epidemic.”

The last cholera epidemic in the Kasaï region dates back to 2003.

WHO has pledged to provide an immediate financial contribution of $400,000 for the deployment of technical teams in priority areas to support the Congolese authorities in the fight against the epidemic.

However, it is “essential that environmental sanitation, individual and collective hygiene be put into practice and that drinking water be accessible to the populations most at risk of cholera contamination,” says Dr. Allarangar Yokouidé, the head of WHO in the DRC.

According to the UN, cholera has become a major public health problem in the DRC, with thousands of cases recorded every year in many provinces in the vast country lacking infrastructure and where the bulk of the population lives in poverty.

In 2016, a cholera epidemic killed 817 people throughout Congolese territory, according to the WHO.