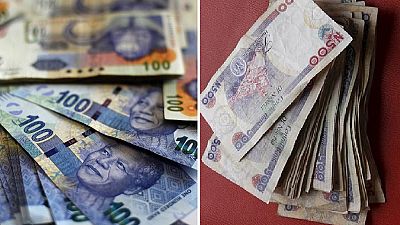 Africa’s two biggest economies – Nigeria and South Africa – on Tuesday came out of recession according to statistical figures released by the respective government agencies.

The exit comes on the back of a Reuters poll late last week that predicted that at the rate of their respective economic indices both countries were heading out of recession in the second quarter, it, however, cautioned that strong growth won’t show up until business confidence is restored.

“Both countries have bounced off the bottom, but the sustainability is in question. Nigeria needs a single FX policy and South Africa needs more policy certainty,” said Aly-Khan Satchu, CEO of Rich Management in Nairobi.

Both countries have bounced off the bottom, but the sustainability is in question. Nigeria needs a single FX policy and South Africa needs more policy certainty.

The case of Nigeria – between August 2016 and today

It has taken Nigeria roughly a year to come out of recession. Africa’s most populous nation officially entered a state of economic recession for the first time in over 20 years in late August last year.

According to the Nigeria Bureau of Statistics (NBS), at the time, the country’s Gross Domestic Product (GDP) contracted by 2.06% in the second quarter whiles the GDP shrunk by 0.36%.

The head of NBS, Dr Yemi Kale on Tuesday shared fresh figures for the second quarter of 2017. The GDP grew by 0.55% compared to -0.91 in the first quarter of this year and -1.49% in the same time last year. “Nigeria out of recession,” his tweet read in part.

The cause Nigeria’s slip into recession was believed largely to be as a result of the slump of oil prices on the world market. That situation was worsened by renewed insurgency in the Niger Delta region last year, the attacks on oil installations continue to disrupt production of oil in the region.

The government, however, launched an economic blueprint that was aimed at taking the country out of recession with a strong emphasis on building the non-oil sector of the big economy.

South Africa on their part confirmed a technical recession in the first quarter of this year. Official growth data released on Tuesday indicated that the economy grew by 2.5% in the second quarter of 2017.

Statistics South Africa noted that the growth was buoyed mainly by the agriculture and mining industries. The size of the South African economy according to statistics stood at 1.145 trillion rand.

A statement issued by Stats SA read in part: “South Africa’s gross domestic product (GDP) growth rate was 2,5% in the second quarter of 2017.

“The largest positive contributor to growth in GDP in the second quarter was the agriculture, forestry and fishing industry, which increased by 33,6% and contributed 0,7 of a percentage point to GDP growth.

“In contrast general government services decreased by 0,6% and contributed -0,1 of a percentage point to GDP growth.”

The cause of the recession was blamed on weak manufacturing and trade, suggesting high unemployment and stagnant wages were dragging down South Africa’s long-resilient consumer sector, analysts said.

Political instability, high unemployment and credit ratings downgrades have dented business and consumer confidence in South Africa and the rand extended its losses against the dollar, while government bonds also weakened.

Financial watchers have also held that Nigeria and South Africa have both benefited from a recovery in commodity prices since early 2016, though not as much as their main trading partners – China, the United States and the euro zone.