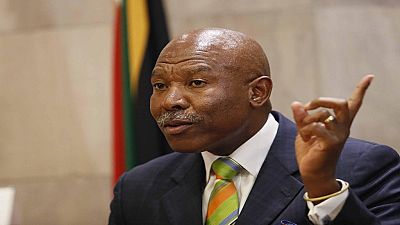 The domestic growth outlook remains a concern, following the surprise broad-based GDP growth contraction during the first quarter of this year.With the exception of the primary sector, all sectors recorded negative growth.

While positive growth is expected in the second quarter, the Bank’s annual growth forecasts have been revised down further.

The rand weakened as much as 1.2 percent after the decision and pared its losses to trade 0.3 percent lower at 13.9580 per dollar by 7 p.m. in Johannesburg on Thursday.

The Bank’s latest monetary policy meeting took place in a highly politicised environment, after South Africa’s public protector last month recommended that the central bank mandate be changed to place more focus on growth and not just inflation and protecting the value of the rand.