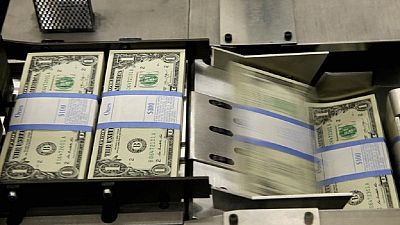 Nigeria hopes to raise at least $1 billion from a scheme that will give tax evaders a chance to make payments retrospectively, the finance ministry said on Friday.

The OPEC member, which has Africa’s largest economy, is in the second year of a recession brought on by low oil prices. Crude sales make up two-thirds of national revenue and the government is seeking to boost its income from non-oil sources.

The finance ministry said a scheme would be launched on June 29 to give evaders immunity from prosecution, penalty charges and interest if they “regularise their tax status” between July 1 and December 31, 2017.

Anticipated funds to be raised are at least US$1 billion, which will reduce Nigeria's borrowing needs, allow investment in vital infrastructure and spur development.

It said tax evaders who delayed participation until after December 31 would be liable for interest on overdue tax balances.

International asset tracers and investigative specialists have been appointed to assist the government in tracing assets held by Nigerians, the ministry said in an emailed statement.

“Anticipated funds to be raised are at least US$1 billion, which will reduce Nigeria’s borrowing needs, allow investment in vital infrastructure and spur development,” said the finance ministry statement.

Economists have long criticised the low levels of tax in Africa’s most populous country and in March the government laid out plans to increase its overall tax to GDP ratio to 15 percent by 2020 from 6 percent now.

The ministry said in May that it would increase the interest rate on unpaid taxes to discourage companies and individuals from paying late and racking up a larger debt.

The government has previously announced plans to increase a luxury goods tax to 15 percent from 5 percent.