Will you use the 'period emoji' during your menstrual cycle? 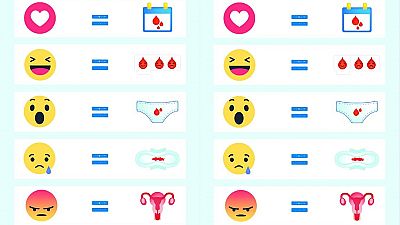 The taboo topic – menstruation – is rearing its head deeper into the social setting with the introduction of an emoji to demystify and normalize the natural cycle in women popular referred to as – period.

This regular discharge of blood and mucosal tissue from the inner lining of the uterus through the vagina is experienced by at least 800 million women and girls between the ages of 15 and 49 at any given time.

Periods have over 5,000 euphemisms worldwide including: Crimson Wave, Mother Nature, Lady Time, Aunt Flow, Time of the Month, On the Rag, Shark Week, Red Tide, Code Red, Monthly Friend, Having the Painters In and Bloody Mary, according to a 2016 survey.

They aim to break the taboo associated with menstruation that affects girls and women especially in many societies where it is consider “dirty” thereby forcing many girls to remain quiet about reproduction and sexual health.

“Girls and women have told us about the embarrassment and shame they suffer when it’s their period. We need to make it easier to talk about something that is part of everyday life,” Plan International’s campaigns manager, Danny Vannucchi, told Reuters.

“We’re not saying that an emoji would solve all of these problems, but it will start a conversation, and raise awareness of the challenges women and girls face worldwide – and that can only be a good thing,” Vannucchi added.

They launched five emoji designs last week for the public to make a choice which will be distributed across mobile devices. In a matter of days, over 15,000 people have voted for their preferred “period emoji”, Plan International said.

The emoji designs include a sanitary towel, a diagram of a uterus, a pair of period pants, a calendar and blood droplets.

The question remains, will you use these period emojis? 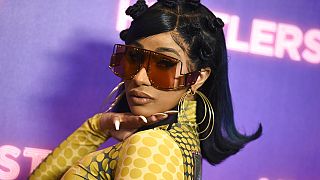