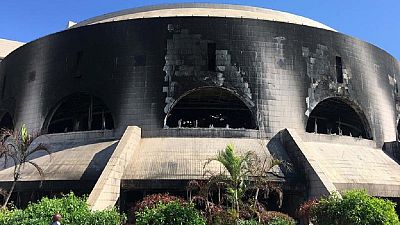 China has agreed to rebuild the destroyed National Assembly of Gabon, local media portal the Gabon Media Network has reported.

According to the website, the Chinese authorities agreed to rebuild the edifice during a meeting held between President Ali Bongo Ondimba and vice-president of the standing committee of the National People’s Congress of China, Ji Bingxuan.

Bingxuan met Bongo during a two-day official visit to the Central African country. Both leaders discussed issues of political, bilateral trade, investments and other areas of mutual cooperation. The speaker of the National Assembly, Richard-Auguste Onouviet, and other top officials were present at the meeting.

It is unknown whether the reconstruction will come at a cost or will be for free as the Chinese government recently did for the Republic of Congo. The government has yet to comment on the issue.

The premises of the national assembly was attacked supposedly by persons loyal to main opposition candidate Jean Ping in post election crisis last August. Violence erupted especially in the capital Libreville after Bongo was declared winner of the elections.

Ping, a former African Union Commission chairperson, took the case to the Constitutional Court but the panel affirmed Bongo’s victory despite admitting that there were some irregularities in the process.

Ping, however, continues to hold himself out as the duly elected president of Gabon. He refused to participate in a national dialogue opened by the government to address the political issues that has affected the country.

Work has started on Congo’s new parliament complex which is estimated at a cost of €50m, but which the Chinese government is giving as a gift. President Denis Sassou Nguesso earlier this week launched the commencement of work on the edifice to be located in the capital, Brazzaville.

According to the authorities of both countries, the building which is valued at more than 34 billion FCFA (52 million euros) is said to be fully-funded as a donation from the Chinese government to the Congolese government. Present at the launch ceremony was China’s Deputy Minister of Commerce, Qian Keming.

The construction has been entrusted to the Chinese Jiangsu Provincial Construction Ltd., for a scheduled period of 40 months. 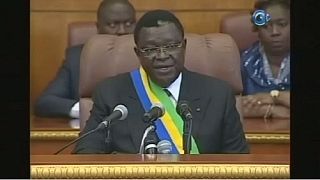 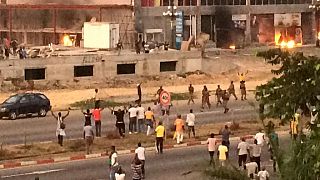 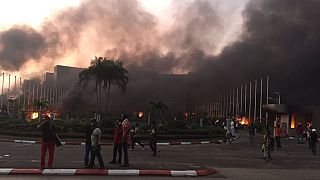