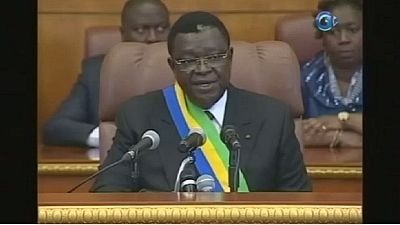 Gabon’s parliamentary sessions resumed on Tuesday barely a week after the National Assembly was burnt down following protests that followed the disputed elections.

As lawmakers gathered in the Senate building, the National Assembly president denounced the attack in his opening address.

Protesters marched to the parliament building last Wednesday after President Ali Bongo was re-elected for another seven year term to extend the Bongo dynasty’s rule.

The country’s opposition has claimed the election was stolen.

Meanwhile, the EU mission observing the election has stated there was clear anomaly in the results.