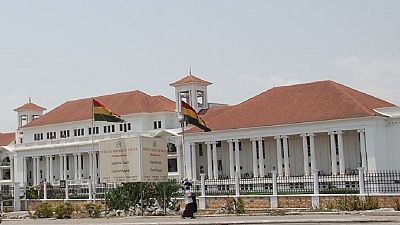 A Ghanaian teacher sentenced to 15 years in prison for defiling a 14-year-old girl has been exonerated after a DNA genetic test.

40-year-old Eric Asante was a teacher in Tamale, the capital city of the Northern Region of Ghana, where he was accused of defiling his student resulting in pregnancy.

Asante was sentenced in 2005 by a High Court in the city to 15 years in prison despite pleading not guilty for the offence.

12 years after the sentencing and an unsuccessful appeal, Eric Asante was exonerated by a five-member Supreme Court panel which acquitted and discharged him on Thursday.

He appealed to the Supreme Court in 2012 and the court later ordered a paternity test to be carried out on the child that Asante allegedly produced with his student after the alleged defilement.

The DNA test proved that the aggrieved teacher who was released for good conduct in 2015, was not the father of the child.

The court directed Eric Asante to apply in a separate application for compensation from the state.

His lawyer, Francis Sosu told local media that they would apply for a 10 million Ghana Cedi (over $2 million) compensation.