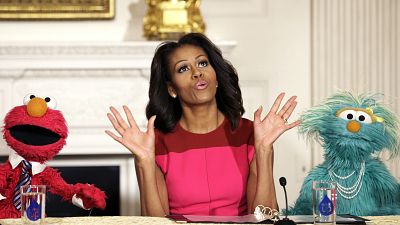 Michelle Obama, the United States’s first black woman to make the White House her home, will be remembered as a champion for a better and more equal world. Her legacy will continue to inspire people from all walks of life for generations to come.

She has been described as a bold woman who encouraged people to fight for what they believe in, and someone whose goodwill overflowed from the White House.

Michelle Obama will be remembered for inspiring and empowering women during her eight years as first lady.

She became a role model, championing education for girls and supporting initiatives such as #WhenGirlsGraduate, and #LetGirlsLearn.

The kidnapping of more than 200 schoolgirls from Chibok in April 2014 sparked global outrage and prompted Michelle Obama and a list of celebrities, to support a campaign #BringBackOurGirls.

How Michelle Obama expanded the definition of a First Lady | Margo Jefferson https://t.co/an0KDo5sE4


Michelle Obama used her image to draw attention to childhood obesity through campaigns like Let’s Move. She became a fashion icon,encouraged people to eat a healthy diet .. and supported campaigns for adequate nutrition and ending hunger in the US.