Why Nigeria's Super Falcons have not been paid - Information Minister 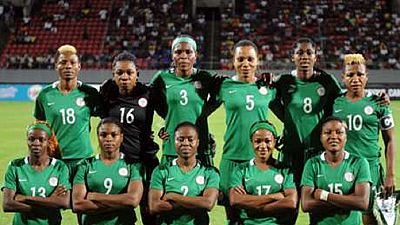 Nigeria Minister of Information and Culture, Alhaji Lai Mohammed has said that the biting economic situation in the country may have been responsible for the non payment of the allowances of Super Falcons’ players and officials.

Members of the Nigeria Super Falcons squad recently seized the trophy they won at the just concluded African Women Cup of Nations in Cameroon, saying they will not release it until the Nigeria Football Federation (NFF) pays them all outstanding bonuses and allowances.

They claimed the NFF is owing them a debt up to a whopping N238.05million,( over $7m) an amount that has accumulated over time.

A source revealed that the players were offered N50,000 each which they rejected, demanding for all their outstanding allowances.

An inquiry into the matter at the end of the meeting of the Federal Executive Council, FEC on Wednesday revealed the Ministry of Youth and Sport was handling the matter.