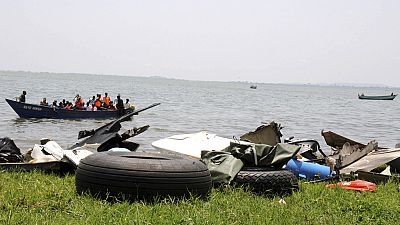 At least 10 people died after an overloaded boat sunk in the Ugandan part of Lake Albert, police said on Saturday.

“The boat capsized Thursday night with 21 people on board,” the police spokesman for Buliisa District (west) Julius Hakiza told AFP.

“We managed to recover 11 survivors, and the other 10 drowned,” the policeman said.

“The bodies of the victims have been recovered and we are waiting for their relatives to claim them,” he said, adding that the victims were six women and four men.

According to the police official, the boat was transporting passengers from Buliisa to Kagoya, in the south, when the “overloaded boat was hit by strong winds and capsized”.

In March 2014, 210 people died while others were missing after a boat carrying Congolese refugees from Uganda to the DRC sunk.