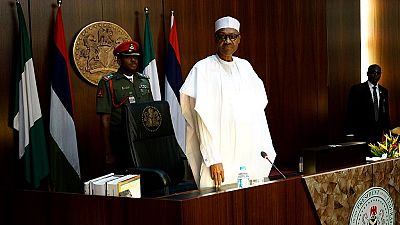 Nigerian President, Muhammadu Buhari, has ordered for investigations to be conducted into a Human Rights Watch (HRW) report alleging that security officers has sexually abused women and girls in displaced peoples camps in the northeast.

Buhari who described the report as “deeply worrying” said he had instructed the police and state governors to immediately investigate the infractions raised by the report.

“Let me assure that these very distressing reports will not be taken lightly. We will act decisively on the findings of the investigations.

Let me assure that these very distressing reports will not be taken lightly. We will act decisively on the findings of the investigations.

“We will protect the lives and wellbeing of these most vulnerable of Nigeria’s citizens. And we will ensure they return safely to their homes,” he added in a series of tweets.

The allegations of sexual abuse among others were captured in a report released by HRW on Monday stating that the Nigerian government is not doing enough to protect displaced women and girls.

According to HRW, such disadvantaged persons were subjected to rape and sexually exploitation perpetrated by abusers including camp leaders, vigilante groups, policemen, and soldiers.

The report added that the women and girls were vulnerable because of irregular supplies of food, clothing, medicine, and other essentials, along with restricted movement in the camps.

Also, health workers told the researchers that the girls and women were ashamed to seek health care and psychological counseling, as fewer than five of the 43 women and girls interviewed had received any formal counseling.

Internally displaced persons (IDP) camps have been established in the northeast to help settle and cater for persons fleeing from or rescued from the activities of Boko Haram in the region.

Beside the human rights issues raised by HRW, other groups have consistently flagged the dire humanitarian situation in the country. The United Nations and most of its allied agencies have sent supplies to the region and called for more support for people living in these camps.

The report cited several interventions by aid workers and HRW including requests for comments on the research findings yet the Nigerian government failed to respond.

“The minister of women affairs and social development, Senator Aisha Jumai Alhassan, promised in a meeting with Human Rights Watch on September 5 to investigate the allegations and then respond. Her response has not yet been received at time of writing,” it said.