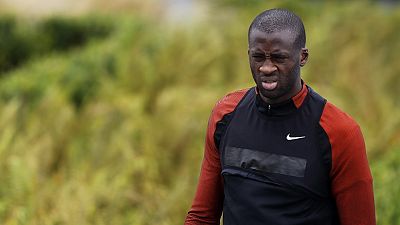 Toure on Tuesday said he has brought to an end his career with the national team.

The Manchester City player who was immediate captain of his national team led them to their second-ever African Nations Cup title in 2015.

In March this year, he returned to the side briefly after staying away from some assignments.

“After 14 years playing for Les Elephants I have decided to end my adventure playing for the Ivory Coast,” declared Toure, in a statement released on Tuesday.

“Some decisions are difficult to take but it is time to pass things on to other players. I thank all my supporters and my fans.”

Please see statement on my retirement from international football. https://t.co/RIIrajV0GK

The 33 year old made 102 appearances for the Elephants scoring 19 goals in the process.

At club level, the four-time CAF African Footballer of the Year, is currently trying to force his way back into first team action with his club side, after an apparent snub by new manager Pep Guardiola.

Guardiola has insisted Toure will only feature for the club if he receives an apology for comments made by his agent Dimitri Seluk who said the midfielder had been “humiliated” adding Guardiola should apologise to him if City do not win the league.

“I know him, I know he’s a good good guy. But it was difficult for me as well for Aleix Garcia, the only two guys that are out ‘cause the list is the list.

But the day after his manager (agent) spoke. In that moment, Yaya is out. Except (if) Mr. Dimitri Seluk comes back in a press conference or his friends in the media because he has no courage to call me, go to the media and say apologise to Manchester City the first one, the second one his teammates, and after that the trainer. When that happens Yaya will be part of the group and he will have the same chance to play all the games,” said Guardiola.

Toure’s woes was further deepened after being left out of City’s Champions League squad this season.