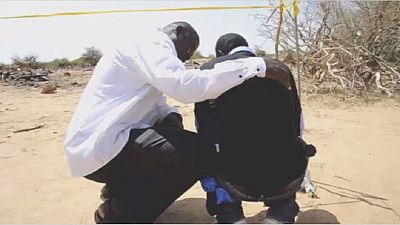 Relatives of the victims of the air Algerie crash on Friday declared their “firm commitment” to seek the truth regarding the plane accident which killed 116 on July 2014 in the Malian desert.

President of the Association of Victims at the commemoration of the second anniversary of the tragedy, held in Burkina Faso said the frustration of the families of the victims is regretted adding that the general impression is that the truth has not been told on the cause of the crash.

At a meeting of the General Assembly of the families of the victims organized in Ouagadougou, some relatives of missing passengers accused Air Algerie for using “a wreck plane” and the crew for being incompetent.

Earlier this month, a French judicial probe said a series of “tragic” errors caused the crash in the Malian desert, while a lawyer representing the victims said there was “overwhelming” evidence against Air Algerie and Spanish carrier Swiftair, which operated the flight.

However, some Families have requested that the Malian authorities return the bodies of their loved ones buried in Bamako without their consent so that they can bury them in Ouagadougou.

One of the families, Ouedraogo described it as “this old plane that had been flying for 28 years … killing our children, our relatives”.

He also said several inquiries had been launched in France, Burkina Faso, Spain, Montreal and San Francisco, where the plane was built.