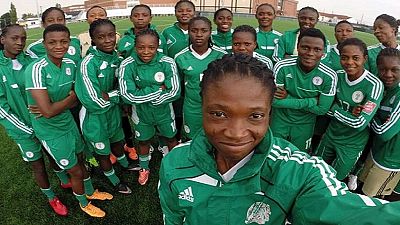 A senior representative of the Nigeria Football Federation (NFF) has categorically stated during the weekend that lesbian players were responsible for the poor performance of the women’s national team (Super Falcons).

This statement by the vice president of the NFF, Seyi Akinwunmi, is a repeat of homophobic statements made by football officials in the country in the past which were strongly condemned by FIFA.

“Lesbianism kills teams … people are afraid to talk,” he complained at a meeting of sports journalists on Saturday in Ibadan, a city in south-western Nigeria.

He added that the poor performance and results are due to homosexual relationships within the team.

The Super Falcons team has established itself as the best on the continent with nine wins in 11 editions of the Africa Nations Cup, and was present at all the women’s World Cup since 1991.

This year, however, the Super Falcons have not had a good performance in the All Africa Games in Brazzaville and the team failed to qualify for the Rio Olympics.

In June 2011, the coach of the Super Falcons, Eucharia Uche, was condemned by FIFA for saying that homosexuality was “dirty, spiritually and morally reprehensible” while admitting that she had dismissed lesbians players from the team.

Three years after, local media reported that the former President of the Nigerian women’s football league, Dilichukwu Onyedinma, announced the official ban on female homosexuality in Nigerian football teams, which led to an investigation by FIFA.

Homosexuality is a crime in the religious country that has about 170 million people split between predominantly Muslim north and a mainly Christian south.

If caught in the act, the culprit faces 14 years in prison, a law which LGBT rights activists call “the most homophobic in the world”.