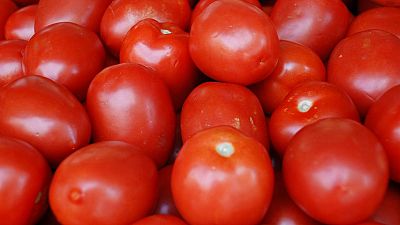 An economic analyst Bolaji Okusaga has said that Nigeria needs to have reserves of all staple foods that the populace utilize most, in order to forestall a situation akin to that of the tomato crisis that they have been hit by recently.

He added that, Africa’s most populous nation must implement new polices to improve agriculture.

“We should have a strategic tomato reserve, we should have strategic maize reserve you know and ensure that staples that are consumed by most Nigerian households, there are reserves for them that can meet at least one whole year’s demand should there be any crisis because if we had a reserve, this would have been the time to open the reserve to make up for the shortfall,” added Okusaga.

It's outrageously expensive. People are busy doing tomato festival in Spain, you know swimming in tomatoes. Well, God will get us there. They should do something about the situation on ground

Taiwo Banle is a Lagos residence who shops for groceries around markets in the city. She expressed her concerns to Reuters over tomato prices that have risen in the past few months.

“When you are buying one tomato for 100 naira (0.5 U.S. dollars) you might as well resort to make… eating food that does not require tomatoes like Okra, ‘Ilalesepo’ (okra soup), ‘Ogbono’ (African mango seed), which we call apo, you know, but it’s outrageously expensive. People are busy doing tomato festival in Spain, you know swimming in tomatoes. Well, God will get us there. They should do something about the situation on ground,” said Banle.

Nigeria has tens of millions of farmers, most of who work on a subsistence basis and live on less than two dollars a day. Kaduna state, the largest tomato growing region in the country has declared a state of emergency. Farmers have lost nearly 80 percent of their crop.

Kudirat Hassan is worried. She sells tomatoes in Lagos but in the last year business has been tough. The high prices are scaring off her customers.

“We don’t see customers like we did before because some people say they would rather buy something else. They cannot afford to buy tomatoes but we are managing because this is the work we have been doing. We cannot abandon our livelihood; that is why we are buying in smaller quantities,” she said.

Nigeria produces 1.5 million tonnes of tomatoes annually. Analysts say up to 45 percent of the harvests perish due to a lack of reliable transport networks, poor infrastructure and inefficiency.

Nigeria is now looking to Kenya to try to combat the tomato menace. Kaduna’s government has dispatched agricultural specialists to Kenya to meet experts on the Tomato Leaf Miner, to learn how to tackle the pest.