EU, others call on Algeria to be more competitive in gas exports 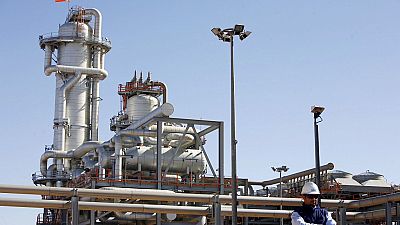 European Union officials and energy firms urged Algeria on Tuesday to adapt to more competitive energy markets so as to attract the investment needed to pump more gas north of the country.

The appeal comes after years of dwindling exports.

Algeria is seen as a natural partner for the European Union as it looks to diversify energy supplies.

The North African country is the EU’s third biggest gas supplier behind Russia and Norway, yet its export capacity through three pipelines and LNG shipments across the Mediterranean Sea is widely underused.

According to EU climate energy commissioner, Miguel Arias Canete: “The largest development sector is here in Algeria, because Algeria is a reliable supplier especially for European union, and we want to diversify supply sources of the European Union, we cannot be dependent on suppliers who sometimes uses gas as a political instrument and not as a commodity according to the rules of the market, and Algeria has an impeccable territory. This is why for us the partnership with Algeria is a strategic, permanent and durable one, and we can do everything necessary to support the economic development and improve the living conditions of the Algerian people.”

Declining European demand has cut into Algerian exports, but the amount of gas for export has also been hit by a combination of slowing production from mature fields, low investment and Algeria’s own rapidly expanding need for gas.

Algeria’s long-term gas contracts to Europe are due to expire in 2021.