Pressure mounts on Nigeria to devalue its currency 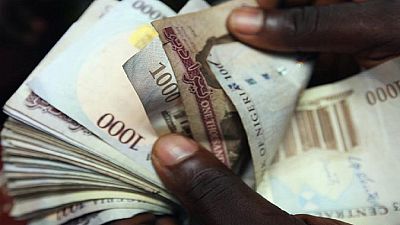 Nigeria is under pressure to devalue its currency in order to aid growth and investment in Africa’s largest economy.

According to reports, the United States intends to press the West African nation to lower the naira in order to create more flexibility in its foreign exchange.

The two countries are set to hold talks in Washington on Wednesday that will primarily focus on the West African country’s economy, security and development.

As part of a credible package of policies, the exchange rate should be allowed to reflect market forces more...

Africa’s largest economy is facing its worst economic crisis in years pegged to the tumbling of global oil prices. A number of analysts and the members of the central bank monetary policy committee (MPC) have called for the devaluation of the currency, a move President Muhammadu Buhari is against.

This will be the third devaluation since November 2014 after Nigeria’s Central bank debased the naira by 8 per cent to 168 to the dollar and also raised the private sector Cash Reserve Requirement (CRR) to 20 per cent from 15 per cent.

Last week, the MPC hiked its benchmark lending rate by 100 basis points to 12 per cent in a bid to tackle Nigeria’s rising inflation. Inflation rose to a double digit rate in February.

The country’s central bank has been selling dollars in order to support the naira which has fallen significantly against the dollar this year.

Nigeria’s economy has been reeling from the oil slump causing the economy to grow by a mere 2.8 percent in 2015, its slowest pace over a decade and has been seeking to diversify its economy.

The International Monetary Fund (IMF) has already called on the populous country to implement steadfast structural reforms, during a visit by its mission earlier in the year.

“Eliminating existing macroeconomic imbalances and achieving sustained private sector-led growth requires a renewed focus on ensuring the competitiveness of the economy. As part of a credible package of policies, the exchange rate should be allowed to reflect market forces more and restrictions on access to foreign exchange removed, while improving the functioning of the interbank foreign exchange market (IFEM),” the IMF noted.