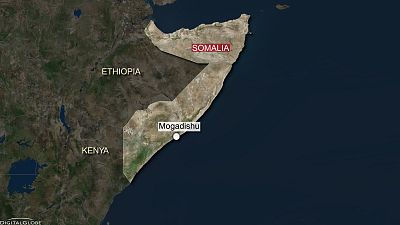 The naval ship, performing counter-terrorism operations under the international Combined Task Force 150, was patrolling the region when it intercepted the stateless fishing vessel about 170 nautical miles off the coast of Oman heading to the coast of Somalia.

The team said on board the ship were more than 2,000 pieces of weaponry, including 1,989 AK assault rifles and 100 rocket-propelled grenades.

One of the key reasons HMAS Darwin is deployed to the region is to contribute to global security and counter international terrorism.

The weapons were seized under United Nations sanctions which authorise interdiction on the high seas of illicit weapons destined for Somalia.

The fishing boat was headed towards the Somalia coast.

“One of the key reasons HMAS Darwin is deployed to the region is to contribute to global security and counter international terrorism,” he said.

In 2013, the UN Security Council eased some of the embargo restrictions, allowing the Western-backed government in Mogadishu to buy weapons to bolster its armed forces in the battle against the Islamist group, al Shabaab.

A Western security source said the value of the Australian Navy haul appeared to be more than $2 million.

Reuters reports the Australian Navy did not indicate the intended recipient of the weapons found hidden under the fishing nets.

HMAS Darwin is in the region as part of the Combined Task Force 150, responsible for counter-terrorism operations, curbing piracy and drug smuggling.