The night of the Oscars 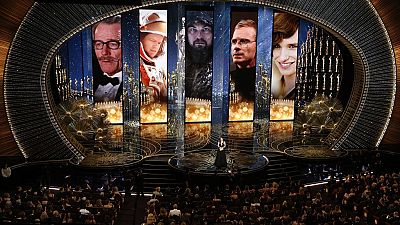 Hollywood’s big night is here as the 2016 Oscars will reveal winners of the Academy Awards.

Dear Soon-To-Be Oscar Winners: This is what sunrise looked like the day your life changed. #Oscars pic.twitter.com/nvkyDhh4aq

The awards is set out to be a controversial one after several actors announced they will boycott the show.

The film with the most nominations is ‘The Revenant’ which could possibly see Leonardo DiCaprio bag his first ever actor in a leading role.

Critics and industry experts have been saying it’s set to be Leo’s year. He has already grabbed the Golden Globe and BAFTA for what critics have been describing as a career-defining performance in intense revenge drama.

Another film that could be set for take off at tonight’s ceremony is action drama, ‘The Martian.’
Matt Damon has been nominated for best actor. He last won an Oscar in 1997 for ‘Good Will Hunting’.

This years Oscars will be hosted by Chris Rock.