Another queen of the mountain born at Mount Cameroon race 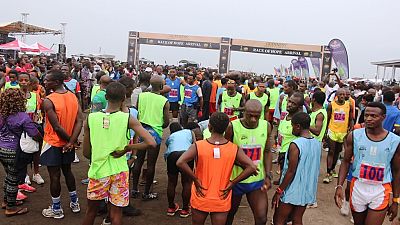 Ngwaya Yvonne has won the 2016 edition of Mount Cameroon race also known as “Race of Hope”.

With a time of 5h, 32min, 23s, Ngwaya finished ahead of Gwaha Patience and Lisette Ngalim.

This is the seventh time she is leading at stretching over the mountains. These series of success allow her to equal the record attained by the Queen of the Mountain Sarah Liengu Etonge. Since 2009, she only missed the 2014 edition to Lissette Ngalim.

Among men, a Cameroonian athlete Simplice Ndungueh emerged the leader followed by Godlove Gabsibuin in the second place.

More than 500 athletes have taken part in the 2016 edition of the Race of Hope. The winners have pocketed each a check for 10 million FCFA.

Mount Cameroon, also called “Mountain of the Gods”, is located in Buea in the South West Region of Cameroon, near the Atlantic coast. It has a volcano which is 4100 m high at its highest point.