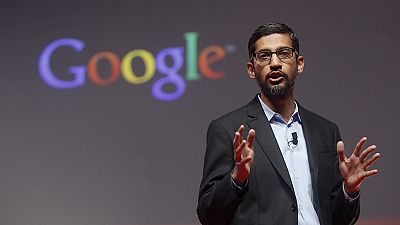 The Chief Executive Officer of Google, Sundar Pichai has been awarded $199 million shares making him the highest paid CEO in the US.

A regulatory filing revealed this on Tuesday.

This increases his total stock value to approximately $650 million.

However, this is still below the fortunes made by Google’s founders, Larry page and Sergey Brin who have amassed fortunes of $34.6 billion and $33.9 billion, according to Forbes.

The figure is also less than that of Google’s former CEO, Eric Schmidt with a total share value of $3 billion.

Pichai joined the company in 2004, he was initially a leading product management staff on a number of Google’s client software products. He was largely responsible for Google drive.

He also took part in the development of Gmail and Google maps.