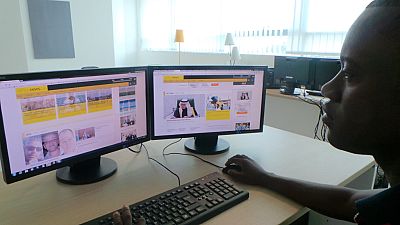 The novel pan African news broadcaster, Africanews, has launched its bilingual website on Monday, January 4, 2016 with a fully responsive interface for mobile, tablet and desktop computers.

The bilingual website (French and English) comes with a colourful blend of images and stories from an African perspective, put together by a pool of journalists from around the continent.

Africa has been calling for a pan-African, independent and multilingual media and now it is here.

The news website offers diversity in information including Business, Sport, Culture, Science and Technology. There is also the No Comment section which gives a vivid and objective video account of major events on the continent for the readers’ judgement.

The audience is part of the news delivery system through Africanews’ Story Hunters app which is the first of its kind for Africa. It is available on iOS and Android stores. Story Hunters allows sharing of videos, pictures and comments on issues making rounds on the continent.

The Bureau chief of Africanews, Mame Campbell Toure compared Africanews to a mother in labour who had just given birth.

He said, “Africa has been calling for a pan-African, independent and multilingual media and now it is here. With a team from all around Africa coming together with diverse cultures, skills and ability to work as a melting pot, Africa will be kept informed”.

Campbell Toure added that Africanews is here to fill a communication gap by working especially for the youth and women of Africa. He was of high expectation that Africa will accept the various platforms of the channel which will bring him full satisfaction.

The Editor-in-chief of Africanews, Isaac Khaguli, said Africanews is starting with two languages and in two years, five additional languages will be broadcast around the continent.

“This is a great opportunity for Africa as Africanews creates a platform to tell African stories the African way. There is no better way to tell our story than to bring everyone together. This is what Africanews is bringing back to the African culture,” Isaac Khaguli said.

Africanews is ready for your browser. Find us at https://t.co/CbN9eMb6C4 pic.twitter.com/Q3hIE8407a