Uganda’s police are investigating the stampede at a mall which left at least 9 people dead mostly juveniles on Saturday night (Jan. 1st).

"In the outskirts of Kampala, in a shopping mall there was a concert that was organised and we received information towards midnight, around midnight, that there was a stampede," Patrick Onyango, Kampala Metropolitan Police spokesperson recounted.

"Three children died on (the) spot and six others were pronounced dead on arrival in a hospital." He added that the youngest victim was a  girl "aged 10 years and the oldest among the dead was a 29-year-old woman."

It is alleged that the incident occurred at when the event's MC encouraged attendees to go outside and watch the fireworks display. Once the display ended, a stampede ensued. Emergency responders arrived on the scene and transported the injured.

The shopping mall is a popular venue for music concerts.

According to the Ugadan police force spokesperson, apart from Freedom City's tragic incident, the End of Year and New Year celebrations which included 1618 fireworks displays, were generally successful.

On Sunday, no arrests had been made yet.Police detectives are still trying to establish the number of people who were inside the mall. 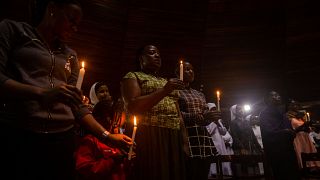 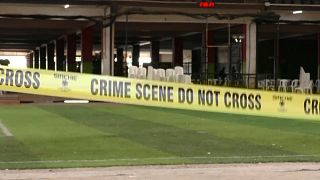 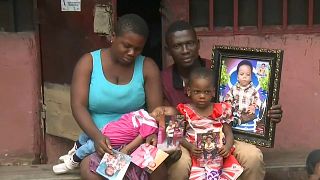 Nigeria stampede: church still looking for relatives of the victims

Nigeria stampede: church still looking for relatives of the victims