"Black Adam", the first-ever feature film to explore the story of DC antihero Teth Adam is coming to the big screen featuring Dwayne Johnson and other Hollywood big names.

The 2 hour-9-minute film tells the story of a slave gifted with almighty powersthat he uses for vengeance. Imprisoned for 5,000 years he is freed and wields his dark sense of justice onto the world.

At the world premiere in Times Square Wednesday, lead actor and co-producer Johnson was happy looking how far he's come.

"When I saw my first Black Adam comic and he was intense, he looked bad ass, he looked cool. And he had brown skin. And then I start to realize he has all the powers of Superman. And he looks like me", Johnson revealed.

"That's why I was important to me. So I fought for this thing. And ten, 15 years ago, the studio had said, Hey, are there any other superheroes that you're interested in playing? Because Black Adam, depending on your interpretation, was a secondary character. I said, No, it's always got to be Black Adam. I fought for 15 years. Here we are."

"There's such a wealth of stories there. I've stood in the in the wings of wonderment, wondering if I would ever be asked to play in a movie, to be a superhero. Because I grew up on comics. Batman was the dude that I loved....."

The movie is based on characters from DC comics created by Bill Parker and C.C. Beck. A source material revered by cast members.

"For me, it was really a monumental moment of being able to step into my own and really fully form a character, but also really realize my dreams in terms of what this looks like as an actor. This is the grandest stage I've ever been on with the greatest cast. It's amazing!", he exclaimed.

"Because we put our heart, literally blood, sweat and tears into this", Hodge concluded. 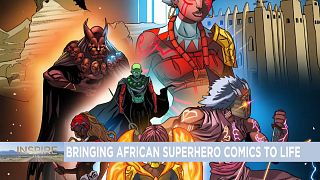 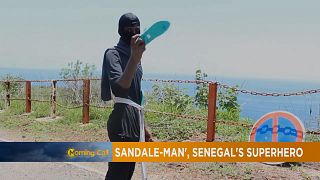 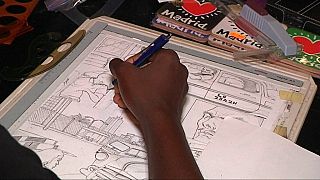