Queen Elizabeth died peacefully at her Scottish estate, where she had spent much of the summer according to Buckingham palace.

Tributes immediately began to pour from around the world over the UK's longest-serving monarch's death and in Africa where the impact of her reign has left an indelible mark on former colony nations. Nigeria, ruled by the British empire from the mid-nineteenth century until 1960 is one of them.

Paul Apel, a Nollywood Film Maker had this to say. "I felt so sad when I heard about her passing but I also celebrate her life as a symbol of leadership, a symbol of peace. I remember she gave us our independence on a platter of gold and that I am grateful about. "

Emotions were also stirred in South Africa where the queen's ties to the country began in her youth. The mayor of Cape Town paid tribute to her "long life of dedicated service".

"Of course, we remember that the Queen had a special relationship with Cape Town. It was here in 1947 that she celebrated her 21st birthday and made what is probably remembered as one of the most, if not her most famous and well-remembered speeches." Geordin Hill-Lewis, Mayor of Cape Town said.

In Fajara a coastal suburb of Bakau in the Gambian capital Banjul, one woman chooses to celebrate the queen's long reign. The Gambia had been a member of the Commonwealth from 1965 to 2013, before reapplying for membership in 2017. Fatou Camara, entrepreneur and communication advisor says "this is something that people should not be sad about because she spent most of her years doing great things for people. For me, I think this is a great win for everybody, every woman especially."

For these ones in Free Town Sierra Leone, "The world has lost an icon," The country was part of the British Empire from 1808 to 1961. Alfree Barrie, a Freetown resident believes "the queen has set an example for the rest of the world. When she visited Sierra Leone in the 1960’s in the aftermath of our independence, I was not born but I was taught in history that her visit turned the corner for the history of Sierra Leone."

"As we say in Arabic, may her soul rest in perfect peace. On behalf of Sierra Leone, we are sending our deepest condolences."

Queen Elizabeth II's tenure as head of state of the UK, spanned notably the transition from empire to Commonwealth. A period that has also raised questions about her role in the negative impacts of imperialism. Her death has also revived criticism of Britain's legacy of colonialism on nations in Africa. 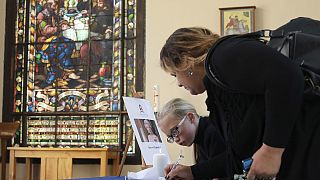 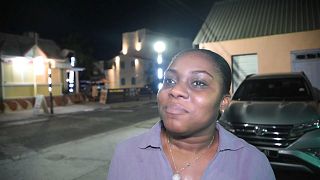