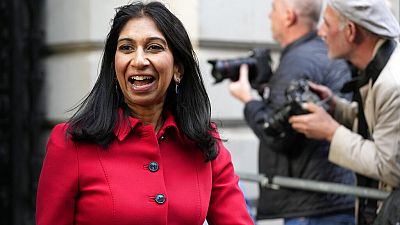 Britain's new home secretary, Suella Braverman, is admired on the right for her attacks on progressive "woke" activism, but she is taking on one of the most difficult jobs in government.

The 42-year-old former lawyer, who was elected as an MP in 2015, has held the low-profile position of government legal adviser ("attorney general") for the past year, as the British executive is mired in a legal battle over its plan to send illegal migrants back to Rwanda.

This crucial plan for the ruling Conservatives, at a time when crossings of the English Channel in small boats are multiplying on the south coast of the country, is at the top of the pile of files left to her by Priti Patel, who preceded her in this position.

But the battle is going to be tough. So far, the intervention of the European Court of Human Rights has prevented any expulsion of migrants, and the British justice system is currently examining the legality of the system.

Suella Braverman, whose parents of Indian origin came to the U.K. in the 1960s from Kenya and Mauritius, was one of the first to declare her candidacy to take over the Conservative Party, after the resignation of former Prime Minister Boris Johnson.

Her fierce Euroscepticism and commitment to right-wing values made her popular with party members. As a result, she is one of 28 British MPs who have refused, on three occasions, to support Theresa May's Brexit deal.

The Rt Hon Suella Braverman QC MP @SuellaBraverman has been appointed Secretary of State for the Home Department @UKHomeOffice.#Reshuffle pic.twitter.com/blwJ7LVySt

About the energy crisis that is hitting the country, aggravated by the war in Ukraine, Suella Braverman said that "we must put on hold this all-consuming desire" to achieve carbon neutrality by 2050.

She praised the British Empire as a "force for good" and said that conservatives were "engaged in a war against cultural Marxism".

Anti-racist activists have criticized her for making anti-Semitic comments, an accusation that Suella Braverman rejects. Despite her popularity among the party's rank and file, she is much less popular among other Tory MPs, who eliminated her from the race for the party leadership in the third round of voting. She then threw her support in the campaign to the new Prime Minister Liz Truss.

Born in 1980 in Harrow, northwest London, Suella Braverman, mother of two, studied law at Cambridge University, where she was president of the Conservative Association, and at the University of Panthéon-Sorbonne in Paris.

After several unsuccessful attempts to enter politics, she was elected to the House of Commons in 2015 as the MP for Fareham in southern England. A member of the Triratna Buddhist community, she had taken an oath on the Dhammapada, one of the most well-known Buddhist texts. 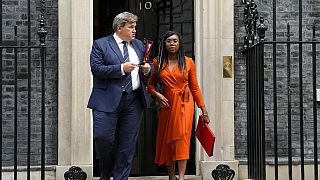