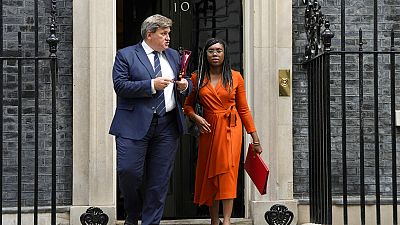 While they come from different backgrounds, the new ministers share Truss' small-state, free-market economic views and staunch support for Britain's exit from the European Union.

The government's diversity reflects years of work by the right-of-center Conservative Party to shake its "pale, male and stale" image. Former Prime Minister David Cameron, who was party leader between 2005 and 2016, made a push to draft diverse candidate shortlists for winnable seats.

Prime Minister @TrussLiz chaired the first meeting of her Cabinet this morning.

The drive has transformed the upper tiers of a party whose 172,000-strong national membership remains overwhelmingly white and largely male. Among Tory legislators, 24% are women and 6% belong to ethnic minorities. The main opposition Labour Party is more diverse — and gets more support from non-white voters — but has yet to have a leader who wasn't a white man. Truss is the third female Conservative prime minister.

Here's a look at key players in Truss's government:

CHANCELLOR OF THE EXCHEQUER KWASI KWARTENG

Britain's first Black Treasury chief is a long-time friend and ally of Truss. A decade ago they were co-authors of the political treatise "Britannia Unchained," which notoriously included the claim that British workers are "among the worst idlers in the world."

Born in London to Ghanaian parents, Kwarteng was Educated at Eton College – the elite private school attended by multiple prime ministers including Boris Johnson – and Cambridge University. Holding a Ph.D. in economic history, Kwarteng is regarded as one of the party's intellectual heavyweights.

He will be crucial to the government's response to a cost-of-living crisis fuelled by soaring energy prices. Truss has promised help for families and businesses struggling to pay their bills, but both she and Kwarteng favor tax cuts over direct handouts.

Cleverly, the son of a white British father and Sierra Leonean mother is a former soldier in Britain's military reserves who was elected to Parliament in 2015.

Widely seen as pragmatic and affable, he has held Foreign Office posts as Europe and Middle East minister and was education secretary in the final weeks of Johnson's government. Now he has been promoted to the foreign secretary, the first Black politician to serve as Britain's top diplomat.

Britain's new interior minister, responsible for immigration and law and order, is a Cambridge-educated lawyer firmly on the right of the Conservative Party. The youngest-ever home secretary at 42, Braverman was born in London to Indian parents who moved to Britain from Kenya and Mauritius.

She supports her predecessor Priti Patel's controversial plan to send some asylum-seekers arriving in the U.K. on a one-way trip to Rwanda.

Braverman, who served as attorney general under Johnson, has accused the courts of meddling in politics and has said Britain should leave the European Convention on Human Rights. Like several other members of the new government, she has adopted divisive "anti-woke" positions on cultural issues and has compared diversity training for civil servants to medieval witch trials.

Coffey, a key Truss ally, has been appointed health secretary and deputy prime minister, the first woman in the deputy job.

She will face the vital task of shoring up Britain's overstretched National Health Service. A practicing Catholic who has voted against liberalizing access to abortion, Coffey says she won't seek "to undo any aspects of abortion laws" despite her own beliefs.

Other senior ministers include Iraq-born Nadhim Zahawi, who held several Cabinet jobs under Johnson and is now minister for intergovernmental relations; and Kemi Badenoch, a rising star of the party's right whose parents are Nigerian. She has been appointed trade secretary.

Politicians carrying over from Johnson's government include Defense Secretary Ben Wallace, who keeps his key role overseeing U.K. support for Ukraine, and Jacob Rees-Mogg, an arch Brexiteer and figurehead of the party's right-wing who has been dubbed "the honorable member for the 18th century" because of his formal dress, ornate rhetoric and conservative views.

The appointment of Rees-Mogg as Secretary of State for Business, Energy, and Industrial Strategy has alarmed environmentalists because of his support for more North Sea oil and gas exploration and skepticism about Britain's goal of reaching net zero carbon emissions by 2050. 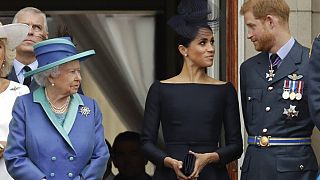 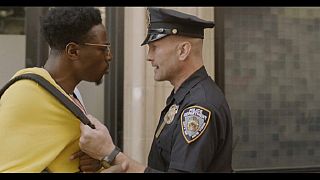