Scientists gathered this week in the Congo Basin, in northern DRC, to discuss ways to protect the rainforest as well as prepare for the 27th Climate Conference taking place in November in Egypt.

The head of the Center for International Forestry Research's operations in Congo reaffirmed the regions role in capturing and absorbing carbon.

"We are beginning to see evidence that the Amazon is becoming more of an emitter and so a lot o f the efforts of scientists and researchers are aimed at the Congo Basin and in particular the DRC, which has 160 million hectares of forest that is still in a state that is capable of absorbing and contributing to this fight against climate change", said CIFOR expert, Paolo Cerutti.

The main threats facing the rainforest in Congo are deforestation caused by slash and burn agriculture as well as people foraging for charcoal for cooking.

Sylvia Ferrari is a scientific expert from the Center for International Forestry Research (CIFOR). She explains the main challenges.

"The exploitation of wood energy to make firewood and agriculture, because of demographic pressure, are major factors that cause deforestation, so the Center for International Forestry Research project is working in this direction to limit its two major causes", concludes the scientist.

The director of the DRC's National Institute for Agricultural Research claims that aprt of the problem lies in accessing the so-called carbon finance.

"The local community needs to have alternative activities, activities that reduce the pressure on the forest. But the international community's mechanisms are still very theoretical, there are very long procedures to access "carbon finance", lamented the director of the Inera Institute, Dieu Merci Assumani.

The director also mentioned empty promises such as the deal to protect the Congo Basin rainforest, signed by President Felix Tshisekedi and then British prime minister Boris Johnson in last year and yet to be acted upon.

"Only the polluting countries are getting richer at the expense of the countries that are making efforts to stabilise the climate, to bring the climate back to 1.5°C", said Dieu Merci Assumani.

In 2016, researchers estimated in a study that around 30 billion tonnes of carbon are stored across the Congo Basin. 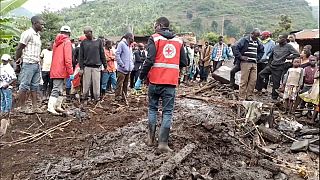 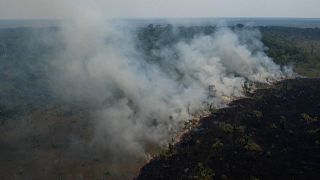