Chad's National Dialogue conference kicked off in N'Djamena this Saturday. During the opening ceremony, the head of the country's ruling junta General Mahamat Idriss Deby called it a "decisive moment for the nation".

Three weeks are scheduled to allow over 1,400 delegates from the government, civil society and opposition parties and groups to discuss peace, a new constitution and the reform of institutions in this fifth-biggest African country.

But above all, these talks are meant to pave the way for elections promised before the end of October. Mahamat Idriss Deby who took power after the death of his father in April 2021 vowed to organise free and democratic elections at the end of his 18 months transition.

This event has been pushed back a few times and was made possible after the signature of a deal between the junta and around 40 groups on August 8. A deal two of the biggest rebel groups rejected among which the FACT who killed former president and father of the actual president, Idriss Déby. 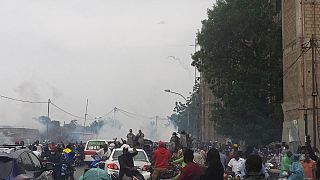