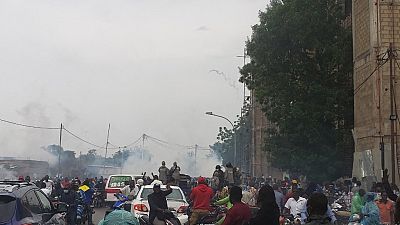 The police fired tear gas canisters Friday to disperse hundreds of protesters accompanying the main opposition leader to Chad's military junta who was on his way to a summons by the N'Djamena prosecutor.

Succès Masra, 39, president of the Transformers party, was quickly surrounded by his young supporters and pushed into a car before the procession, which was heading for the capital's courthouse, turned back in an atmosphere saturated with tear gas, reported an AFP journalist on the spot.

These new clashes come a few days after unauthorized and violently repressed demonstrations by the Transformers, the most virulent movement of a coalition of the political opposition and civil society which is boycotting a national reconciliation dialogue launched 20 days ago by the self-proclaimed president and head of the junta, General Mahamat Idriss Déby Itno.

The latter has been in power since the death of his father, Idriss Déby Itno, who was killed in April 2021 on his way to the front line against the armed rebellion after 30 years of authoritarian and undivided power punctuated by the offensives of countless rebel movements.

The new strongman in N'Djamena had promised to return power to civilians within 18 months through "free and democratic" elections, at the end of an "inclusive" national dialogue, but this forum, which has been postponed several times, has only just begun its substantive work after new defections by civil society organizations.

It was already boycotted by the majority of the political opposition and at least two of the most powerful armed rebel groups, who denounce a "monologue" by the junta and accuse Mahamat Déby and the military of wanting to stay in power.

Mr. Masra told AFP that he had received a summons from the public prosecutor on Thursday, but the reason for it was not given.

On Friday morning, he left his home and attended two prayers - Muslim and Christian - in the midst of several hundred of his supporters. He urged them to "walk with dignity, respect order, and not touch anything", before heading towards the court in the rain at the head of a long procession of supporters, reported an AFP correspondent on the spot.

The police quickly fired many tear gas grenades, and Mr. Masra and his supporters turned back to return to his home and party headquarters.

"The people came out to accompany us to the courthouse, they attacked us and shot at us with live ammunition," Mr. Masra tweeted, adding, "the world is being taken as a witness. They want to stop the people's dialogue with violence". It was not possible to verify, from independent sources, the accusation of live fire.

Calm had returned by the afternoon around the headquarters of the Transformers, but the police presence was maintained. The prosecutor in N'Djamena, Moussa Wade Djibrine, assured AFP that he had accepted the proposal of Mr. Masra's lawyers to come on Monday with their client to honor his summons.

The summons comes six days after demonstrations violently repressed by the police and the army and the siege by the forces of the order of the Transformers party for four days.

About 200 of Mr. Masra's supporters were arrested during the four days of demonstrations, which were systematically dispersed with tear gas, and released on Sunday. 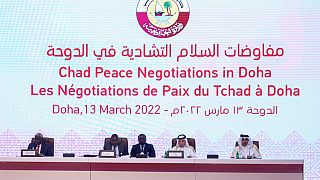 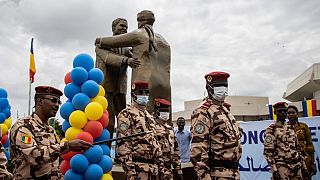