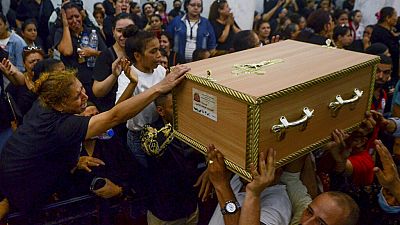 Egypt was in a state of mourning on Monday after a Coptic Orthodox church fire killed 41 people.

Following the incident, many have raised questions about the emergency response, fire safety codes and restrictions on places of worship for the country's Christian minority.

Locals say they were shocked by Sunday's fire, one of the deadliest in Egypt in recent years, which killed at least 15 children.

"The scene of the dead children still haunts me," said Salah el-Sayed, a 43-year-old civil servant who lives next to the Abu Sefein Martyr Church in the working-class neighbourhood of Imbaba and was one of the first to arrive at the scene as thick smoke billowed from the building. "Bodies of children were strewn all over the floor.

The fire broke out during Sunday morning services on the second floor of the four-storey building, which also housed a daycare centre. The smoke quickly spread to the upper floors.

Fire at Coptic church in Cairo kills 41 and hurts at least 14 https://t.co/pIXTawkQ3w

Authorities blamed the fire on an electrical short in an air conditioner, but witnesses also claim there was a fault in a power generator the church used during regular power outages.

According to eyewitness reports, ambulances were slow to arrive, which could have caused more deaths, although authorities said the first ambulance arrived within minutes after the fire.

Witnesses interviewed by the Associated Press described horrific scenes: people jumping out of windows, a stampede in the church's main hall and stairwell, and children lying motionless amid the fire and burned furniture.

Salah El-Sayed, who, along with others, rushed into the church to rescue trapped worshippers and transport the bodies to ambulances, said the electricity had been cut off for about half an hour on Sunday morning. He saw smoke rising a few minutes after the power was restored.

The thick smoke made it difficult to get inside, and some rescuers jumped from the roof of an adjacent building.

Others stormed the church gate and made their way to the floor where the children were trapped on the fourth floor. 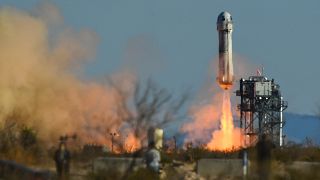