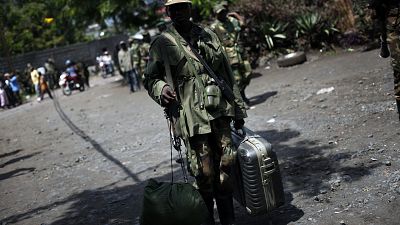 In a statement, HRW said it obtained the data through 49 interviews with survivors and witnesses of abuses, as well as victims' families, local authorities, activists, UN and security personnel, and diplomats.

On 21 June, for example, following fighting near the village of Ruvumu in North Kivu province, M23 rebels executed at least 17 civilians, including two teenagers, whom they accused of informing the Congolese army of their positions.

Some civilians were shot and killed as they tried to flee, while others were executed at close range.

The deliberate killings of civilians are "serious violations" of international humanitarian law and constitute war crimes, the NGO stressed.

"Since the M23 took control of several towns and villages in North Kivu in June, it has committed the same kind of horrific abuses against civilians that we have documented in the past," said HRW's senior DRC researcher Thomas Fessy.

"The government's failure to hold M23 commanders accountable for war crimes committed years ago allows them and their new recruits to commit abuses today," Fessy said.

Clashes between the Congolese army and M23 rebels, which resurfaced last March, have forced nearly 200,000 people to flee their homes.

In addition, about 20,000 children may not be able to complete their end-of-year exams in July because of the fighting, according to the UN.

This fighting, HRW recalled, follows worsening security in the east of the country over the past year, "with other armed groups and, at times, government soldiers committing widespread violence, unlawful killings and other serious abuses".

The M23 was created in 2012, when 300 soldiers of the DRC Armed Forces revolted over the loss of power of their leader, Bosco Ntaganda, who is being prosecuted by the International Criminal Court (ICC) for war crimes; and over alleged breaches of the 23 March 2009 peace agreement, for which the movement is named.

The group demanded a renegotiation of the agreement signed by the Congolese guerrilla group Congrès National pour la Défense du Peuple (CNDP) for their integration into the army, in order to improve their conditions.

In November 2012, the M23 managed to occupy the city of Goma, capital of North Kivu, for two weeks.

At the time, the UN accused the M23 of being supported by Rwanda and even of receiving direct orders from high-ranking Rwandan army officials.

For more than two decades, eastern DRC has been mired in conflict fuelled by rebel militias and army attacks, despite the presence of the UN peacekeeping mission (MONUSCO), which has more than 14,000 troops. 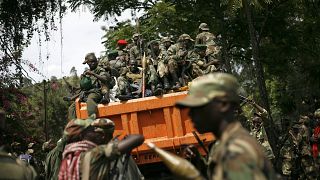