The Basketball Africa League (BAL) unveiled Tuesday the rosters of the six teams competing in the league’s Nile Conference group phase that will kick off April 9 at the Hassan Moustafa Indoor Sports Complex in Cairo (Egypt) and run through April 19.

Defending BAL champion Zamalek of Egypt will take on South Sudan’s Cobra Sport in the Nile Conference opener on Saturday, April 9. 15 games will then take place in Cairo throughout the month. The top four teams from the Nile Conference will join the top four teams from the Sahara Conference – REG (Rwanda), US Monastir (Tunisia), AS Salé (Morocco) and S.L.A.C (Guinea) – in the 2022 BAL Playoffs, which will be held in Kigali, Rwanda, from May 21-28.

A spot for prospects

Each team will have up to 13 players, at least eight of whom are citizens of their respective team’s home country and up to four of whom are from other countries. Additionally, no team will feature more than two players from outside Africa. As part of the BAL Elevate program, the13th roster spot in all teams is reserved for a prospect from the NBA Academy Africa. The elite training center Senegal welcomes the top high-school age prospects from across Africa. 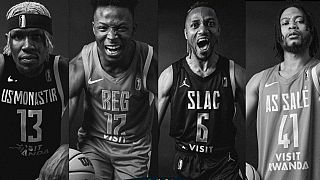