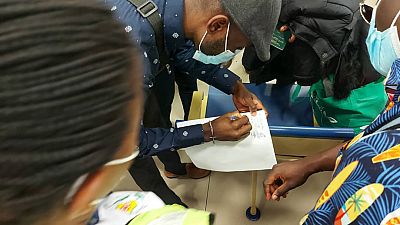 The first batch of Ghanaian nationals who have been evacuated from Ukraine has arrived at the Kotoka International Airport in the capital, Accra.

The 17 students arrived on Tuesday morning.

This makes Ghana the first country that has been able to evacuate its citizens to flee the current unrest in Ukraine following Russia's invasion.

“We got to the border at 6:00 pm on Friday. It took 12 hours to cross the border amid fighting with Ukrainians. The boys had it so badly. The women also struggled, but it was tougher for the men,” one of the students said.

Meanwhile the Deputy Minister for Foreign Affairs and Regional Integration, Kwaku Ampratwum-Sarpong has touted the government’s role in airlifting the students into the country.

“The government is determined to make sure that your colleagues who want to be evacuated are evacuated. Information coming in is that Ghana is the first country that has evacuated her compatriots,” he told the evacuees.

More than 1,000 Ghanaian nationals are currently studying or working in Ukraine.

Ghana like other countries had asked its citizens in Ukraine to run for cover while the government device means to evacuate them from Ukraine.

Like the Nigerian nationals, Ghanaians in Ukraine who are mostly students had recounted how stranded they were coupled with reports of racial discrimination.

Its President, Vladimir Putin, announced the military operation at dawn despite calls for de-escalation from world leaders.

There have been reports of explosions near major Ukrainian cities, including its capital, Kyiv.

Recent tensions have stemmed from Russia’s opposition to Ukraine’s moves towards European institutions like Nato and the EU. 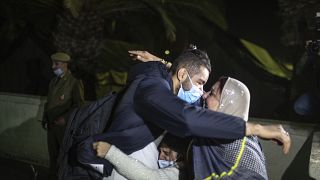 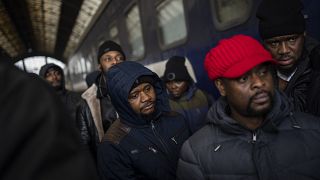