With African heads of state heading to Belgium to attend the 6th African European Union Summit on Feb. 17 and 18, an analyst talks about the top issues that the African and European leaders should tackle.

The sixth AU- EU summit opening on Thursday will see many issues at the forefront of the talks between leaders. It will be the first time the heads of states and government reunite since their meeting in 2017. The fight against covid- will be on everyone’s minds but migration is also a key issue. Leaders in Brussels are set to will also try to to look into the root causes that set thousand of people onto the road of exile. According to analyst Hassan Khannenje, they will have to find ways to better tackle migration.

"It is important that European leaders, and the EU especially, finds a framework of working with the African leaders and African countries, number one, in being able to arrest and manage the refugee problem between the source countries, the transit countries as well as the destination countries, the director at HORN International Institute for Strategic Studies says. In the absence of coordination and joint taskforce, so to speak, it is going to be very difficult to be able ensure that increased migration is not happening and especially most of it is illegal."

Faced with an increasing competition with summits gathering emerging powers and African leaders, the EU will have to prove itself. On security matters for instance, Russia has reportedly become a serious partner for some African leaders. Especially in countries, which have experienced recent military takeovers, a part of the population is growing wary of the European model.

"What we are seeing in West Africa in summary is a result of one, the institutional weaknesses that makes a nation state. Second, the legacy, colonial legacy that has left behind not only weak institutions but has also ensured dependence when it comes to security over the former colonial master. Thirdly, there is a declining in faith in the democratic project that of course came about on the continent during the wind of change following the collapse of the Soviet Union and, last but not least, the increased rate of terrorism and the desperation of populations, societal dislocation that insecurity has caused has provided fodder for would-be political profiteers and military profiteers to be able to exploit that vacuum."

In a joint statement, AU chairperson, Macky Sall and the President of the European Council Charles Michel mentioned prosperity, stability and peace as parternship priorities. It remains to be seen if the usual aid announcements closing the summit will actually meet both continents’ needs. 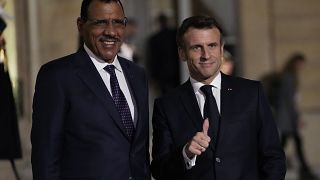 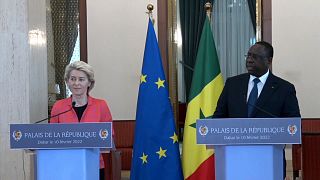