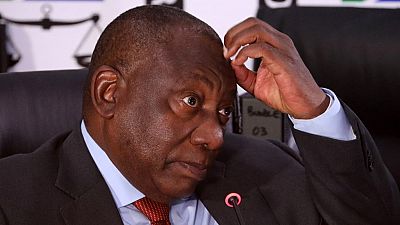 South African President Cyril Ramaphosa on Tuesday received the second part of a report on alleged state corruption during Jacob Zuma's presidency (2009-2018), focusing on the looting of two state-owned companies.

One of them, Transnet, the state-owned operator and owner of the country's ports, railways, and pipelines, had become the "primary site" of state corruption, the report said.

A special commission chaired by Judge Raymond Zondo, set up in January 2018 just before the scandal-plagued former head of state was forced to resign, heard from more than 300 witnesses who implicated more than 1,400 people or entities.

The second part of the report, the third and final part of which is due by the end of February, is "a significant new step in the work we must do to rid our country of corruption," Cyril Ramaphosa said in a statement.

The president is expected to announce to parliament by the end of June possible prosecutions. The first part of the report, which looks at corruption at South African Airways (SAA) and the tax authority (SARS), was released last month.

The report also examines deals between state institutions and a trio of Indian-origin businessmen accused of organising the looting of public resources with Jacob Zuma.

Among the contracts investigated is the purchase of 1,064 locomotives, for which large bribes were allegedly paid to companies linked to the Guptas.

South Africa's state-owned enterprises, heavily indebted due to mismanagement under President Zuma, have for years plagued the state's accounts, forcing it to regularly bail them out. Most of the evidence gathered during the investigation points to the Gupta brothers.

"Over the past four years, the Commission has painted a disturbing picture of the depth and damage caused by state corruption," acknowledged Cyril Ramaphosa. "We must now devote our energies to the Commission's recommendations and take the necessary steps to ensure that we never again face such an assault on public resources and the fabric of our society."

Jacob Zuma, 79, was sentenced to a custodial sentence for refusing to testify before Judge Zondo. He has been on parole since September on medical grounds. His incarceration in July sparked a wave of violence in his Kwazulu-Natal stronghold and in Johannesburg, killing more than 350 people.

The third and final part of the report is expected to be submitted shortly. 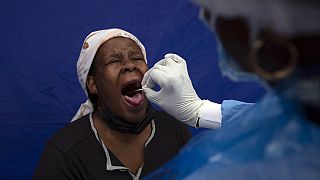 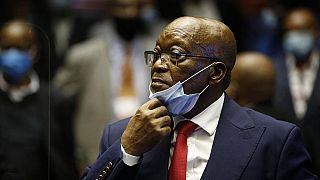