A Kenyan court on Thursday dropped corruption charges against the suspended head of the Football Kenya Federation Nick Mwendwa, declaring the case closed after the state failed to provide any evidence against him.

A statement sighted on twitter on Thursday November 25, signed by the federations General secretary/ CEO, Barry Otieno stated, "Football Kenya Federation wishes to inform FKF members and the general public that the court has today, 25 November 2021, closed the case against Nick Mwendwa following the failure by the state to prefer charges against him,"

Football Kenya Federation President Nick Mwendwa will continue to work towards ensuring that Football in Kenya returns to normalcy. pic.twitter.com/Qux3tt4Bre

Nick Mwendwa was initially arrested on November 12, spent a weekend behind bars but was released on a bail of four-million -shilling (approximately $36,000) as investigations continued.

The Nairobi magistrate Wandia Nyamu has however dismissed the case after prosecutors, who had applied for seven days to enable them to conduct investigations, sought to close the file against him. "I therefore order this matter closed," Nyamu said, ordering that 42 year old Mwendwa be refunded his bail payment.

The prosecution however plans to continue with investigations into the finances of the FKF after the sports minister Amina Mohamed accused the body of failing to account for funds received from the government and other sponsors.

Fifa officials were recently in Nairobi conducting an audit into the FKF, which Mwendwa has presided over since 2016. 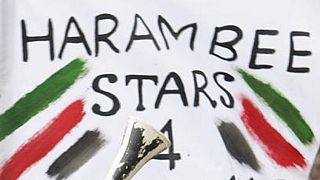 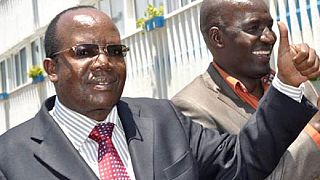